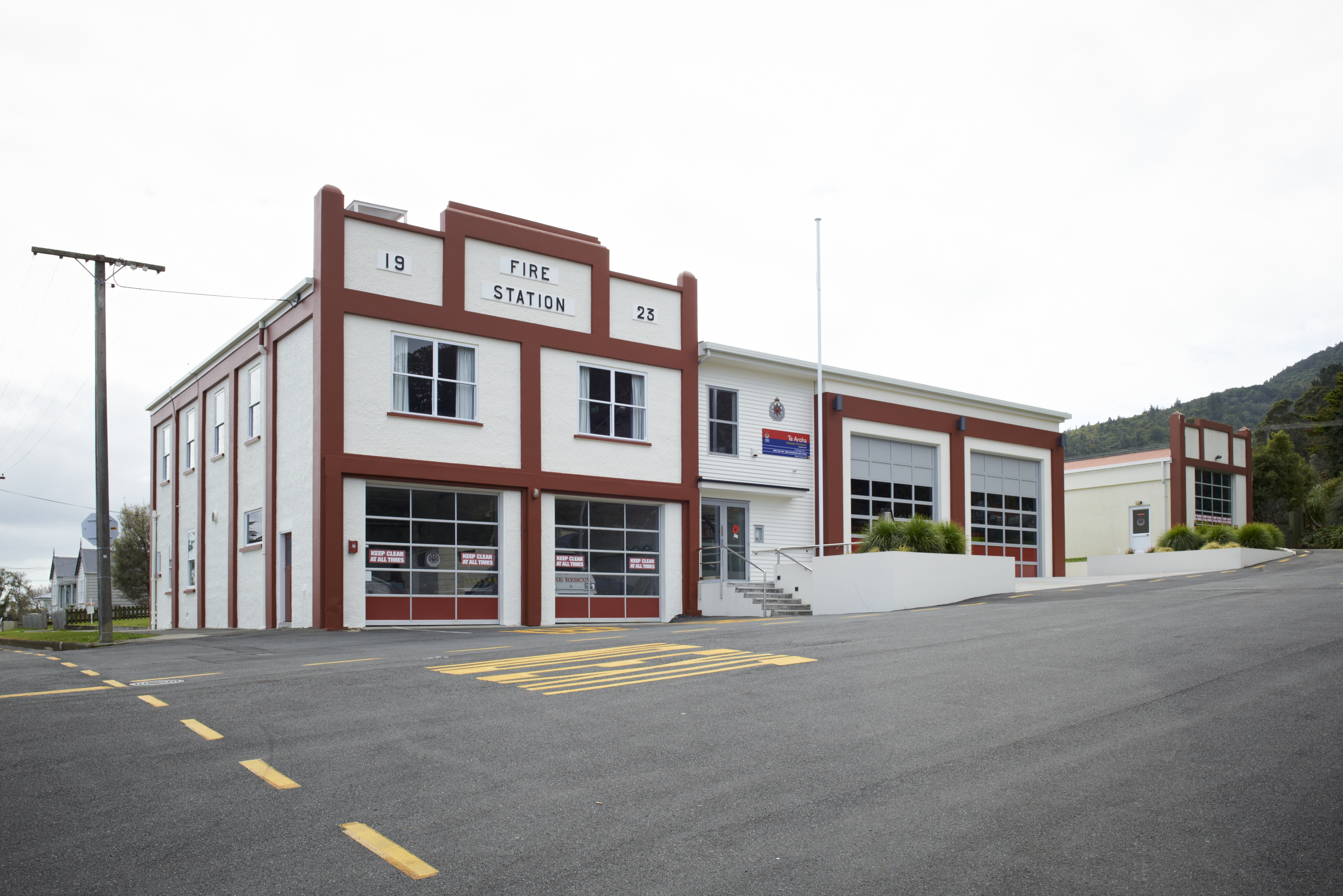 Built in 1923, the Te Aroha Fire Station has proudly served its community for many years.  In 2013, the New Zealand Fire Service were forced to upgrade the fire appliance garaging as the existing facilities were undersized for their new appliance.

In addition to the functional requirements, this building also is a building of heritage importance.  There was an emphasis that the original building remained clearly identifiable from the new addition.  This was achieved through differing materials and reveals so the old was not morphed into the new.

With structural variances between the existing and new requirements, the addition has been designed to IL4 seismic code requirements and joined to the existing through a seismic joint that allows both structures to join homogenously.

The end result is a well-considered aesthetic that acknowledges the past whilst serving the needs of the present and future. 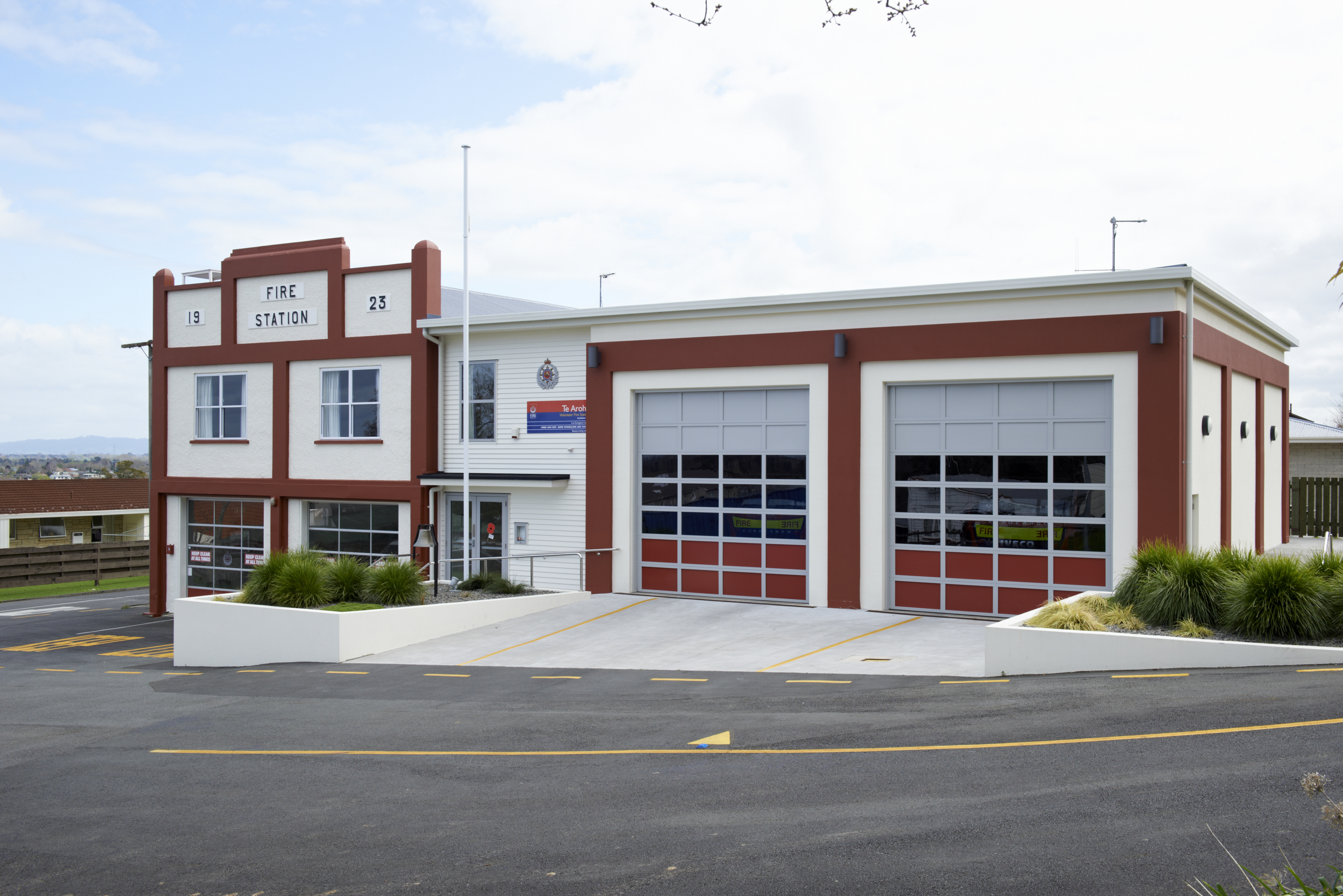 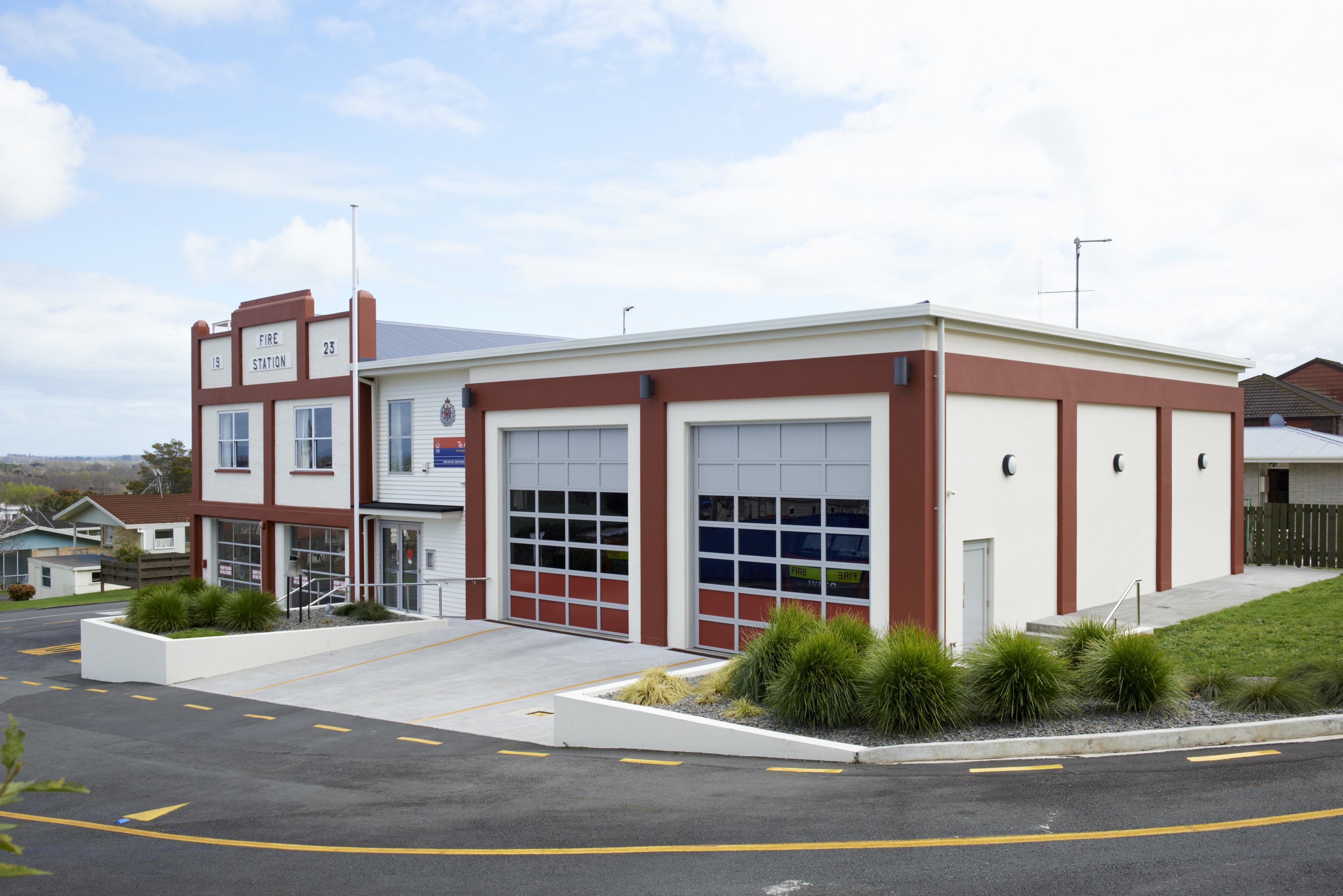